Teacher? Why Sierra Leone Needs Your Help, How To Help, & What To Expect While Volunteer Teaching

Sierra Leone is a war-torn, poverty-stricken country in West Africa that has been plagued with disaster after disaster. After recovering from a relatively recent civil war that plagued the country from 1991-2002, the country was once again struck by crisis in 2014 when the ebola virus spread through the nation and left a death toll of 3,000 and affected over 10,000 of the countries citizens. In January of 2016, the Ebola epidemic has finally ceased, but the country is still plagued with poverty and illiteracy.
18 March 2016

3 Creative Ways To Help The Homeless

Have you always felt limited in your ability to do something for the homeless population in your community? Maybe you don't have any significant money to donate to good causes or your schedule doesn't allow you to volunteer at your local homeless shelter. Well, cheer up -- you can still let these individuals know that you care in practical, thoughtful and imaginative ways. Here are three suggestions to consider. 1. Donate That Old Tent 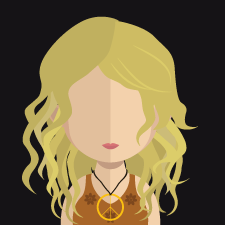 Hello there. My name is Donna, and I want to tell you about serving your fellow man. Many of us feel like we should be doing something to give back to our communities and societies, but we are stopped by a lack of information about where and how to serve. Never fear. I am here to help you discover volunteer opportunities in your area. I will also teach you how to best assess your own skills and talents so you can determine where your help is best needed. There are many ways you can help, and I am here to help you find them.